As most of you may know that one of my treatments I provide as a Wholistic Therapist is Indian Head Massage.  This amazing treatment not only relieves aches and pains and tension in the neck back and shoulders and offer other benefits, but also rebalances the upper chakras (the throat, the brow and the crown) which is an important part of the treatment  so sometimes during and after treatment, my clients may feel very emotional or have clarity of mind and a sense of peace as balance has been restored. So in this blog post, I’m going to take a look at the 7 main chakras and why they play an important part in physical and mental well-being. 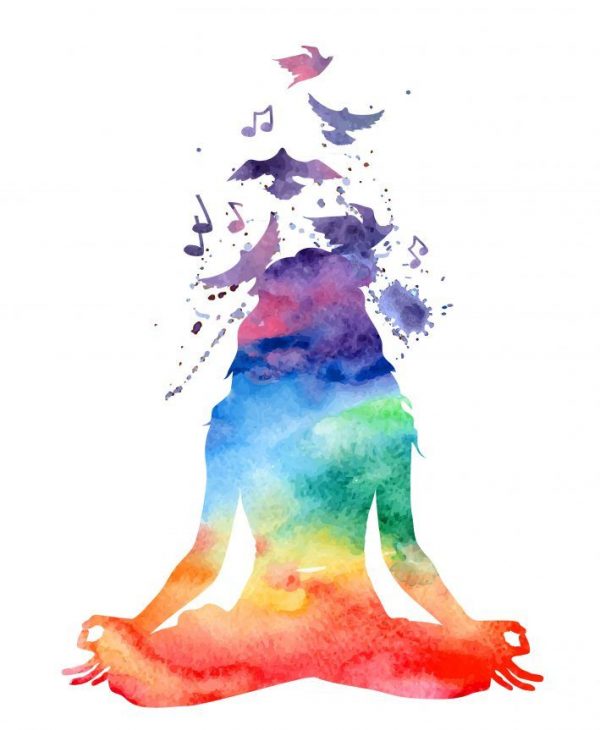 What is a Chakra?

Everything that happens to us on an emotional level has an impact on the subtle body (one of three bodies that together constitute a human existence), which in turn has an effect on the physical body.  The term Chakra means wheel in Sanskrit and it is non-physical life energy centres located about an inch away from the physical body along the spine. There are 7 main chakras.  The energy field of each chakra extends beyond the visible body matter into the subtle body or aura.  Chakras do not have a physical form and any illustration of the chakras is merely a visual aid to the imagination and not a way of describing the flow of subtle energy and are often said to be related to an endocrine gland, which the chakra is thought to influence.

When stressed, the chakras can lose their ability to synchronise with each other and become unbalanced.  If negative energy becomes stored in a chakra, it can accumulate and the function of the chakra becomes impaired.  This leads to energy blocks where the chakras ceases to function and creates an imbalance as other chakras attempt to compensate for the blocked centre creating additional strain on the energy system.  The effects of the accumulation of negative energy in the chakras can manifest itself as an emotional or physical condition.  We are only aware of a change in the physical body as our attention is drawn in the form of pain or disease; this is not always linked to being a symptom of a cause within the subtle body.

Chakras are the focal points for the energies of the subtle bodies and are the key to restoring balance. By placing hands along the axis of the chakras, energy can be aligned and harmony restored.  By working with the subtle energy of the chakras, energy may be strengthened, decreased or balanced as needed by the body at the time of the treatment.

The Base or Root Chakra (Muladhara)

Located at the Base of the Spine

This chakra is the foundation chakra and is linked with nature and Earth.  It is concerned with all issues of a physical nature, the body and the senses, sensuality, a person’s sex, survival, aggression and self-defence.  At a physical level it is linked to the endocrine system through the adrenal glands. It’s energy also affects the lower parts of the pelvis, hips, legs and feet.  If this chakra is unbalanced it can make a person feel as if they are ungrounded and unfocused.  They may feel weak, lack of confidence and feel unable to achieve goals.  The colour to visualise in balancing the base/root chakra is Red. 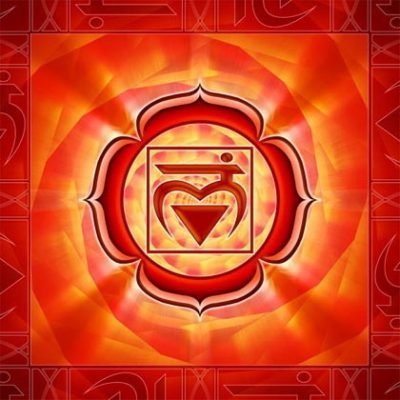 This chakra is associated with all issues of creativity and sexuality.  At the physical level, it is linked to the testes in men and the ovaries in women.  Its energies also affect the urogenital organs, the uterus, kidneys, lower digestive organs and the lower back.  A person with an imbalance in this chakra may bury their emotions and be overly sensitive.  An imbalance may also lead to sexual difficulties and energy blocks with creativity.  The colour to visulise in balancing this chakra is Orange. 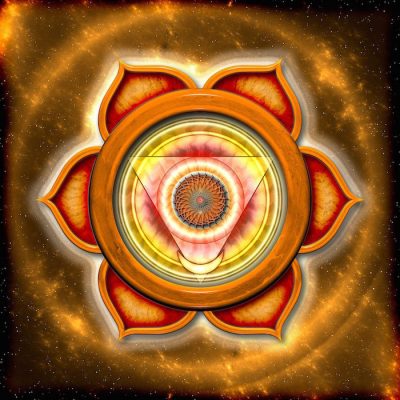 Located at waist level just below the rib cage

This chakra relates to our emotions, self-esteem and self-worth.  Feelings such a fear, anxiety, insecurity, jealousy and anger are produced here.  At a physical level, it is linked to the pancreas.  It also affects the solar and splenic nerve plexuses, the digestive system, the pancreas, liver, gall bladder, diaphragm and middle of the back.  People who are under a lot of stress will show an imbalance in this chakra, shock and stress have a greater impact on this chakra than on the others. It’s in this chakra that negative energies relating to thoughts and feelings are processed.  People with an imbalance in this chakra may feel depressed, insecure, lacking in confidence and may worry what others think of them.  The colour associated to the solar plexus chakra is Yellow 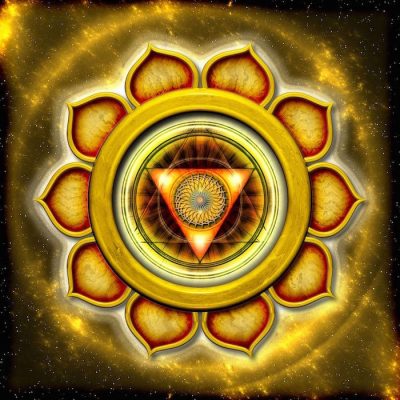 Located in the centre of the chest

The heart chakra is concerned with love and the heart.  It deals with all issues concerned with love and affection.  At a physical level it is linked to the thymus gland.  Its energies also affect the cardiac and pulmonary nerve plexuses, the heart, lungs, bronchial tubes, chest, upper back and arms. It is also the point of connection between the upper and lower chakras.  If the energy is imbalanced between the solar plexus and the heart, or between the heart and the throat, it can lead to an energy withdrawal into the body.  A person with an imbalance in this chakra may feel sorry for themselves, be afraid of letting go, feel unworthy of love or feel terrified of rejection.  The colour associated with the heart chakra is Green. 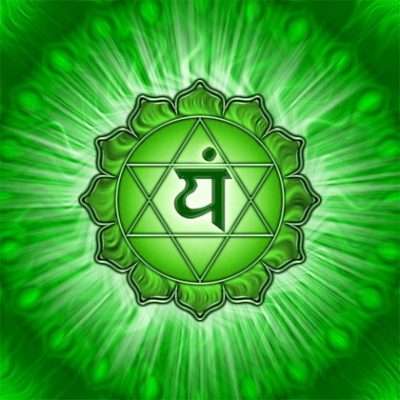 Located at the base of the neck

This chakra is associated with communication and expression and speaking your truth and true expression of the soul.  At a physical level, it is linked to the thyroid and parathyroid glands.  Its energies also affect the pharyngeal nerve plexus, the organs of the throat, the neck, nose, mouth, teeth and ears.  If there is an imbalance in this chakra it may result in the inability to express our emotions as result can lead to frustration and tension and the person unable to relax.  The colour associated with the throat chakra is Blue. 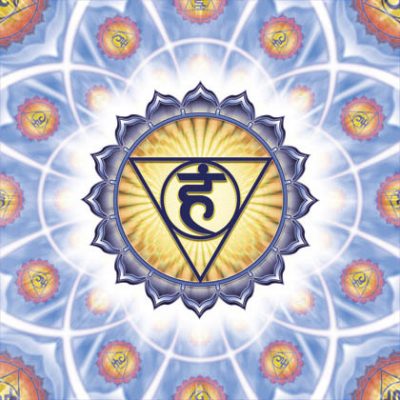 Commonly known as the ‘third eye’ the brow chakra is the storehouse of memories and imagination and is associated with intellect, understanding and intuition.  At a physical level it’s linked to the hypothalamus and pituitary gland.  Its energies also affect the nerves of the head, brain, eyes and face. If this chakra isn’t functioning properly it can to lead to headaches and nightmares.  A person with an imbalance in this chakra may be oversensitive to the other people’s feelings, be afraid of their own success, be non-assertive and undisciplined.  The colour associated with this third eye chakra is Indigo. 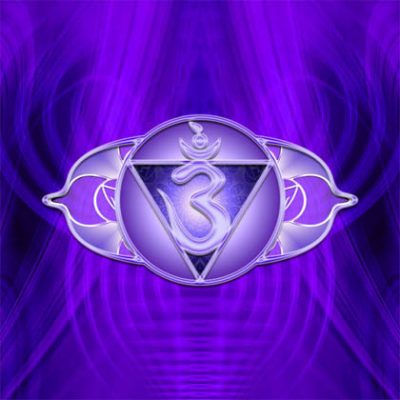 Located on top of the head

This chakra is the centre of our spirituality and is linked with our thinking and decision making.  At a physical level it is linked to the pineal gland, its energies also affect the brain and the rest of the body.  An imbalance in this chakra may be reflected in people who are unwilling or afraid to open up to their own spiritual potential.  An imbalance may also show as being unable to make decisions. The colour associated to the crown chakra is Violet. 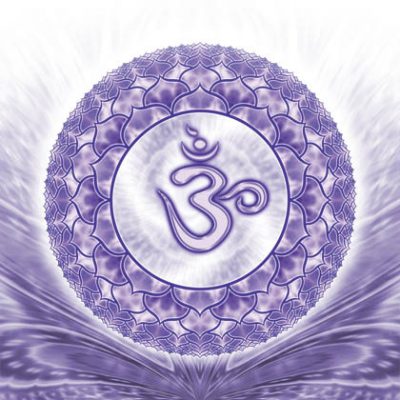 Chakras are like the power stations bringing vitality to the physical body and keeping it healthy.  Each chakra is linked to different parts of the body and they need to spin in balance for us to feel good.  In a healthy person the chakras are the same size and spinning in the same direction.  They should be fully functional, clean and translucent and with no blockages.  When they are out of balance, unwanted physical and emotional problems may arise.

The chakras absorb energy that comes from our thoughts, feelings and the outside environment.  Our body is affected by the quality of the energy that passes through the chakras.  For example, if we have negative feelings, we will be filtering negative energy through our chakras and into our body and over time, this can make our body ill.  Our chakras also absorb energy from the environment and other people’s negative emotions or a room full of clutter will produce an unhealthy energy which we absorb.

We can’t avoid coming into contact with negative energy or feeling down as it’s a part of life, but we can choose to change our feelings from negative to positive and protect ourselves from harmful energy.  Keeping our chakras in balance is key.  Chakra balancing is like spring cleaning and fine-tuning them it is important to balance and cleanse the chakras on a regular basis.  This is very important for people like myself as a  therapist as I’m exposed to a lot of emotional energy from my clients and in order to help my clients effectively, my chakras need to be in balance to facilitate the right healing energies.

Balancing or clearing your chakras is based on meditation and is a relaxation and energy technique that is rejuvenating and healing.  As we know that chakras are not physical so therefore this non-physical method will stimulate them.  This is achieved by focusing your awareness in the area of a chakra and using your mind to manipulate it.  There are many different methods of chakra balancing you have to find one that is effective for you.  Some people use affirmations to create positive feelings or some may use crystals as the vibrations and colours aid balancing, or you could use essential oils for healing vibrations. Visulisation is powerful as thought is energy.  Whichever method is used or combined, chakra balancing has very positive results, improving your health and making you feel good about yourself.