In last month’s blog I wrote about herbs that helped women with a variety of different minor health problems so it’s only natural that I post something about Men’s health too.

Do you ever notice when it comes to articles about men’s health, they seem to just focus on men’s virility? A man’s health has much more aspects than a few body parts. It’s important to take into account a variety of factors, such as stress management, sleep, hygiene, exercise, and cardiovascular health as well as prostate and erectile health—all interconnected to a man’s well-being. Unfortunately, society encourages men to be tough in the face of hardship so in turn, they become much less inclined than women to actively seek their own wellness, leaving men stuck in unhealthy patterns of coping.

The good news is that you don’t need to wait for a health scare to start taking care of yourself. You can start by adding beneficial herbs to your diet which is an easy way to maintain your health, or as simple as drinking a cup of herbal tea or adding certain spices to your cooking.

However, in our modern age, when so many illnesses are being linked to stress, studies show that men are particularly at risk. Science is also showing that men’s health is also periodic like women’s, and andropause (yes, it does exist!), although slower a process than menopause, can pose similar challenges to men. Fortunately, herbs can help support men’s health as they age.

By taking a wholistic approach to health and empowering yourself to learn more about the needs of your body, anyone can benefit from the everyday wisdom of herbs. Below, I’ve put together a small list of 4 of the best herbs for men, covering the different stages of a man’s life and the variety of common health challenges he may have along the way. This is not complete list of what’s available since not every herb is appropriate for everyone, I encourage you to consult your Doctor to find out which ones are right for you.

Icariin has been found to have the ability to boost the transmission of Nitric Oxide, the primary chemical transmitter for the delivery of blood to the penis tissue. Secondly it increases the natural circulation of free form testosterone around the body, not only boosting libido – testosterone is crucial to the health of the prostate and plays an important role in the production of healthy sperm.

Another study by the Institute of Orthopaedics Centre of Lanzhou General Hospital in China reported similar results. They found evidence that icariin can prevent osteoporosis by increasing bone density and bone formation, decreasing bone resorption and improving the microstructure of bones. 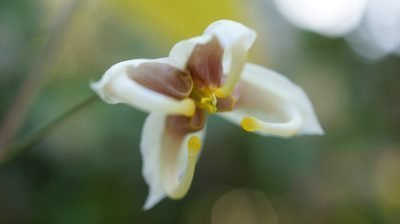 Perhaps the oldest evidence of Nettle being used for medicinal purposes is in Ancient Egypt where they prepared a Nettle infusion for arthritis and lumbago pains. They used the sting of Nettle in self-flogging  as it was believed it helped with rheumatism, lethargy, coma, paralysis, and even typhus and cholera. Self-flogging was also practiced by Roman soldiers to stimulate blood circulation on cold days in Northern Europe and to treat tired painful legs on long marches.

Hippocrates had around 61 different Nettle preparations. The Greek medical scripture ‘De Simplicibus’ suggests Nettle for ‘a diuretic and laxative, for dog bites, gangrenous wounds, swellings, nose bleeding, excessive menstruation, spleen-related illness, pleurisy, pneumonia, asthma, tinea, and mouth sores.’ Later additions included Nettle mixed with Hemp plant for relief from shock as well as Nettle on its own being used for shingles and constipation.

With Benign Prostate Hyperplasia (BPH), affecting many men as they get older, recent studies has found that Nettle is effective in reducing prostate size. It not only reduces the prostate size, it also relieves the symptoms such as the frequent urge to urinate, painful urination and incomplete emptying of the bladder.

It is thought that the bioactive compounds in Nettle bring a series of complex effects on the prostate. These active ingredients can inhibit the binding of the male hormones steroid hormone to sex hormone binding globulin (SHBG).

SHBG is a glycoprotein that preferably binds to testosterone and oestrogen, although it also binds to other sex hormones. It is involved in the transportation of these sex hormones through the plasma and their delivery to receptors in various target organs including the prostate.

When testosterone is unable to bind to this glycoprotein, the prostate receives far lower amounts of the hormone. In addition, testosterone metabolites such as DHT (dihydrotestosterone, also implicated in the enlargement of the prostate), cannot get to the prostate. As a result, excess hormone stimulation of the prostate is prevented and the symptoms of BPH (benign prostatic hyperplasia) are relieved. The bioactive plant compounds present in Nettle Root Extract are believed to be responsible for this effect.

Nettle leaf works well for inflammation of the prostate (prostatitis) and other inflammation whilst the Nettle root is much better for BPH.

A small, placebo-controlled British study looked the effectiveness of Nettle for the relief of osteoarthritis pain. Participants who applied stinging Nettle to painful joints for one week reported significantly greater reductions in pain than those who used the placebo.

Nettle has long been known as an effective diuretic, however it also can help to break down stones in the kidney and gallbladder, preventing these painful conditions from worsening or requiring those stones to be either passed or surgically removed. Also, as a diuretic, stinging nettle helps to eliminate toxins quickly, thereby protecting against bladder infections. 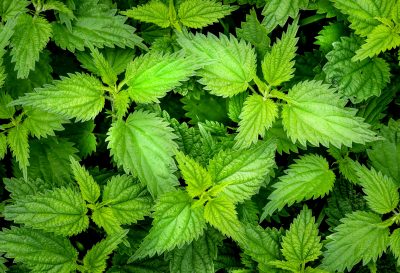 Yes, that’s right! Goji berries are renowned as a superfood because they contain chemical compounds called phytochemicals that are produced by plants. Phytochemicals in goji berries include polysaccharides, beta-carotene, and zeaxanthin.

Goji berries are believed to protect against age-related eye diseases. They can help vision because they contain high levels of healthy antioxidants, especially zeaxanthin which can be found in the macula of the human eye giving the macula it’s yellowish colour.

The same antioxidants can also stop damage from:

One study reported found that seniors who drank goji berry juice for 90 days increased zeaxanthin and other antioxidant levels significantly. A second study showed goji berries protect the retina from the ganglion cells responsible for glaucoma, a condition that can lead to loss of vision.

Goji berries contain healthy antioxidants. Antioxidants are known for their immune-boosting qualities and their ability to fight harmful free radicals and inflammation. They contain large amounts of vitamins A and C, similarly to other berries, including blueberries and raspberries. Vitamins A and C are vital for building immunity and preventing illnesses, ranging from the common cold to cancer.

Goji berries contain beta-carotene, which is an essential plant phytochemical. Beta-carotene is known for its ability to promote healthy skin.

Beta-carotene is an ingredient used in skin creams to:

Goji berries may be helpful in controlling the release of sugar into the blood. Research from 2015 shows that goji berries balance insulin and glucose levels in the blood. The same study linked goji berries to increased HDL levels in people with type 2 diabetes. HDL is known as good cholesterol.

Drinking goji berry juice could improve energy, mood, and digestive health. It has the ability to help you focus, enhance work out performance, give more mental clarity and give you the feeling of calmness therefore improving quality of sleep.

Detoxifies the Liver and Kidneys

Goji berries can help protect the liver and cleanse the kidneys and is used along with herbs like liquorice and ganoderma. Goji benefits the body’s liver and kidney meridians to help restore vitality, strength and general well-being.  They are also a natural way to remove kidney stones as well as helping to cleanse the blood. 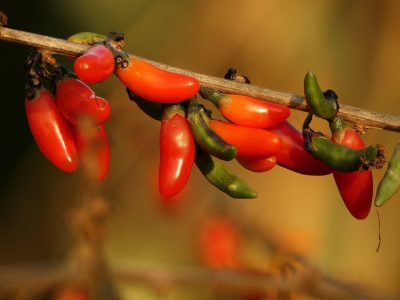 Turmeric sometimes known as Indian Saffron or Golden Spice is part of the ginger family. It’s an amazing nutritious highly versatile root that can be added to meals in cooking or taken as a supplement or as a tea. The health benefits turmeric offers are attributed to curcumin the bioactive compound found in this spice and it has been used in Ayurvedic and Chinese medicine to treat inflammatory conditions, skin diseases, wounds, digestive problems and liver conditions and has benefits for your brain too.

Turmeric can bring relief from pain.   The spice is known to relieve arthritis pain as well.  Studies have supported this spice for pain relief with one study noting that it seemed to work as well as ibuprofen with people who suffer with arthritis in their knees.

Curcumin found within Turmeric is a known antioxidant anti-inflammatory and known to protect nerve cells against damage, degeneration and function impairment and is said to promote lipophilic action and improve brain function potentially helping people with these conditions.

Numerous studies have been conducted regarding curcumin’s potential anti-cancer capabilities.  Curcumin appears to be useful for just about every type of cancer because it can affect molecular targets via many pathways.  It is also non-toxic and doesn’t target healthy cells it just selectively targets cancer cells.  The anti-bacterial properties of curcumin are extraordinary as it may be effective against gastritis, peptic ulcer and gastric cancer which are all caused by Helicobacter pylori (Pylori) bacteria.

Some of the other health benefits linked to curcumin include: 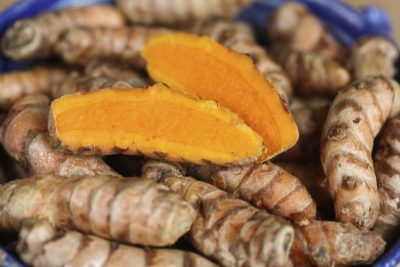